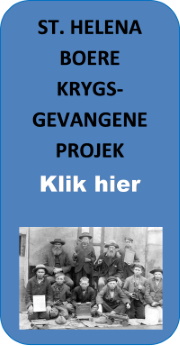 South Africa’s governing ANC party—which was supported and largely created by Jewish Supremacists working from that country’s communist party—has announced a law forbidding retailers from labeling goods made in the Palestinian occupied territories as coming from Israel.

The move is ironic as leading South African Jews played a major role in propelling the ANC to power, organizing its structures, overseeing its armed struggle and providing the ideological leadership.

The names of Joe Slovo, Denis Goldberg, Arhtur Goldriech, James Kantor, Harold Wolpe, Ruth First, Albie Sachs, Lionel and Hilda Bernstein, amongst many others, will be familiar to all those who have studied the history of communism and the ANC in South Africa.

For example, when 156 political leaders arrested on December 5, 1956, more than half of the whites arrested were Jewish. They were charged with high treason resulting in the Treason Trial which lasted from 1956-1960.

All of the whites initially charged in the 1963 Rivonia Trial, where Nelson Mandela was sentenced to prison, were Jewish.

The far left Jews who provided the support which the ANC needed to beat the Apartheid government has now, however, been dissipated somewhat as that organization has now dared to apply its anti-racist ideology to Israel as well.

In a notice, the SA government said it wanted to require merchants “not to incorrectly label products that originate from the Occupied Palestinian Territory as products of Israel”.

The notice did not specify what the labels should say. The proposal has not yet taken effect, pending public objections that can be submitted until the end of June.

“This is singling Israel out on a clearly political and national basis. This decision has racist characteristics,” Palmor said. “The government of South Africa does not clarify in the new regulation what is defined as made in Judea and Samaria. The European Union has a list and clear criteria to distinguish between products made in Israeli settlements and those that are not. The vague phrasing in the South African regulation shows that there are no clear criteria and therefore it will hurt Israeli products in general.”

Palmor added that Israel has not received any information on the matter from the South African authorities.

Mary Kluk, national chairman of the South African Jewish Board of Deputies, said in a statement that South African Trade Minister Rob Davies’ decision has transformed a technical trade issue into a political one.

“This decision was taken by the minister based on his communications with lobby groups that have a pronounced anti-Israel political agenda,” Kluk said. “He has repeatedly declined to meet with the South African Jewish Board of Deputies in this regard.”

Kluk told JTA on Sunday that the Jewish community plans to submit its reservations on the proposal in the coming days. Jewish community leaders are deliberating with a legal team and intend to pursue the matter vigorously, she said.

In modern South Africa, the Jewish Supremacists still make money out of low-wage black miners, as they did under Apartheid. The only difference is now that they are able to more easily bribe the ruling elite than they were with the Afrikaners.